The International Genetically Engineered Machine (iGEM) Foundation is an independent, non-profit organization dedicated to the advancement of synthetic biology, education and competition, and the development of an open community and collaboration.

This is our old website. As iGEM enters its 20th year, we are transitioning from our old Mediawiki infrastructure to new modern software. We expect to complete the migration to our new websites in March 2022:


iGEM projects often serve as proofs of concepts and prototypes, form foundations of thesis projects and contribute to over 150 startups. Below are just a few examples of how iGEM projects lead to startups and powerhouse companies.


Does your startup or company have roots in iGEM?

Ginkgo’s 5 co-founders were part of the iGEM 2006 team, including iGEM co-founder Tom Knight.

PvP Biologics got its start as an iGEM project when the UW 2011 iGEM team created KumaMax, the first recombinant candidate enzyme therapeutic for celiac disease. The project developed into a postdoc and later a startup receiving $35M in funding from Takeda in 2017. In February 2019 Takada acquired PVP Biologics for $330M.

“…not only did our iGEM team win the competition – defeating over 150 other teams – this work provided the foundation for a body of work that turned into a startup company.”

Opentrons began as an iGEM Genspace project in 2014 where the team worked on an open source equipment development in the form of a liquid handling robot. The project grew to a startup with a $10M funding round in 2018.

Opentrons is now giving back to the iGEM community by offering team grants, awarding 10 teams a free OT-2 robot for 2018 and 2019.

“Teams that participate in the iGEM Competition are pioneers of scientific collaboration and reproducible experimentation, setting the replicability bar higher for all types of life science labs, iGEM teams, and synthetic biology professionals”

The Imperial 2014 iGEM project, Aqualose, was a customizable ultrafiltration membranes from bacterial cellulose which later led to the startup CustoMem [rebranded Puraffinity in 2019], receiving $1.9M in funding as of 2019.

Henrik Hagemann, CEO and part of Imperial 2014 team, was listed in MIT TechReview annual list of Europe's top 35 Innovators under 35 in 2018. Learn more.

“The successful reception of their idea and prototype led to further work, and Darwin Toolbox changed into Bento in 2014 in order to better match their ‘mission of supporting open, creative and personal biotech’, which can probably be taken as meaning ‘we’re now a serious start-up

Teams: Calgary 2012 and and Calgary Entrepreneurship 2013 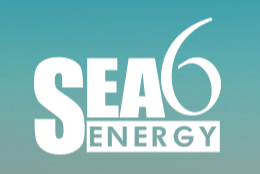 The International Genetically Engineered Machine (iGEM) Foundation is an independent, non-profit organization dedicated to the advancement of synthetic biology, education and competition, and the development of an open community and collaboration.